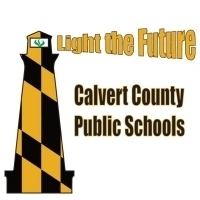 PRINCE FREDERICK, Md. (August 31, 2018)—In a year of modest statewide gains, students in Calvert County Public Schools made steady progress in both math and English language arts on the 2018 Partnership for the Assessment of Readiness for College and Careers (PARCC) assessments.

Dr. Daniel D. Curry, Superintendent, said, "We are pleased to see our progress on the fourth year of PARCC. We are seeing the results of quality instruction in our classrooms and effective leadership."

Scores increased in math at the elementary and middle school levels, as well, ranking Calvert third in Maryland. The percentage of students who were proficient increased nearly 5%, with 50% of students in grades 3-8 scoring a 4 or 5. Across Maryland, the percent of students scoring at performance level 4 or 5 increased one point to 34.1%.

Proficient scores on the Algebra 1 assessment-which is taken by some students in middle school and some in high school, depending upon when they are enrolled in the Algebra 1 course-increased 3.5% to 53.8% of students scoring a 4 or 5, ranking Calvert fourth in Maryland. Statewide, Algebra 1 scores dropped five points to 31.2% proficient.

Calvert ranked first on the 10th grade English assessment by maintaining a 65.5% proficiency rate. The state proficiency rate dropped seven points to 42.4% of students scoring a 4 or 5.

The exams, which utilize materials developed by the Partnership for Assessment of Readiness for College and Career (PARCC), are considerably more rigorous than the Maryland School Assessment tests they replaced in 2015, and they are designed to provide students, parents, and teachers with a better idea regarding progress toward graduation and workforce readiness.

Scores on the assessments are being used for school system and school-level accountability purposes for the first time this year, as part of Maryland's Every Student Succeeds Act (ESSA) plan. ESSA's school accountability plan will look at academic achievement and progress through performance on State assessments. Several other academic and non-academic indicators will be folded into the State Report Card's school score, which will be released later this year.
Reader Comments