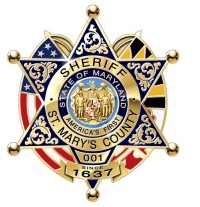 ASSAULT 1ST DEGREE ARREST: On January 6, at approximately 9:31 p.m., deputies responded to the area of Chancellor's Run Road and Amber Drive in California for a report of a disturbance involving a knife. Contact was made with the victim, who is employed as a driver. According to the victim he was hired to transport the suspect, later identified as Andre Charles Hursey, age 28, from Ft. Washington, to an address in St. Mary's County. Investigation revealed while the victim and suspect were traveling in St. Mary's County, an argument ensued between the victim and Hursey. Suspect Hursey then produced a folding knife, extended the blade, and threatened to kill the victim. The suspect was located walking in the area, and subsequently arrested. Hursey was charged with Assault 1st Degree, Assault 2nd Degree, and Resist/Interfere with Arrest.

BURGLARY ARREST: On January 5, Deputy Robinson responded to the 18000 block of Three Notch Road in Lexington Park for a report of a burglary. Contact was made with the victim, who advised that a shed on his property had been entered and numerous items removed. Through the course of the investigation Robert Francis Wayne Bridgett, age 28, of Lexington Park, was developed as a suspect. On January 6, Suspect Bridgett was located and arrested. Bridgett was charged with Burglary 2nd Degree and Theft $100 to under $1,500.

BURGLARY ARRESTS: On January 4, Deputy Robinson responded to the 20000 block of Red Rose Court in Lexington Park for a report of a burglary. Evidence from the scene indicated the victim's garage door had been forced open, as well as the interior door leading into the residence. Contact was made with the victim who advised that numerous items had been removed from the home. Through the course of the investigation, Amy Jo Leach, age 31, of Piney Point, and Jessica Renee Miles, age 28, of Piney Point, were developed as suspects. On January 7, both suspects were located and arrested. Leach and Miles were both charged with Burglary 1st Degree and Theft $1,500 to under $25,000.