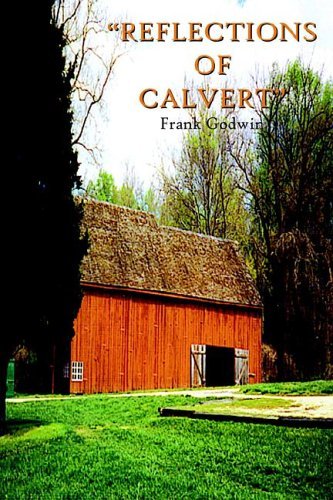 Frank Godwin grew up in Calvert County, Maryland in the sixties. He spent years as an adolescent and young teen in a place commonly known as, "The Land of Pleasant Living". For Frank, he has lived in many different places in the United States as the youngest child of a military career father. As an adult, Frank has worked in the Nuclear Power Utility Industry for 22 years starting his career at Calvert Cliffs in 1972 and ending his stint in 1994 at Tennessee Valley Authority in their Nuclear Power program. Frank attended college at various institutions including the University of Maryland for a few semesters. He resides in North Carolina working for State Government in the Information Technology arena. He is a widower and has three grown children all of whom have graduated with formal educations. The oldest daughter, Farrah, is living in New Jersey. Natalie, daughter and the middle child, lives in Virginia. The youngest, a son, Levi, lives in North Carolina. Two are educators within the education system and the youngest is a graduate of the NASCAR Technical Institute and is working in the automotive industry as an automotive technician, proper term for "grease monkey!"