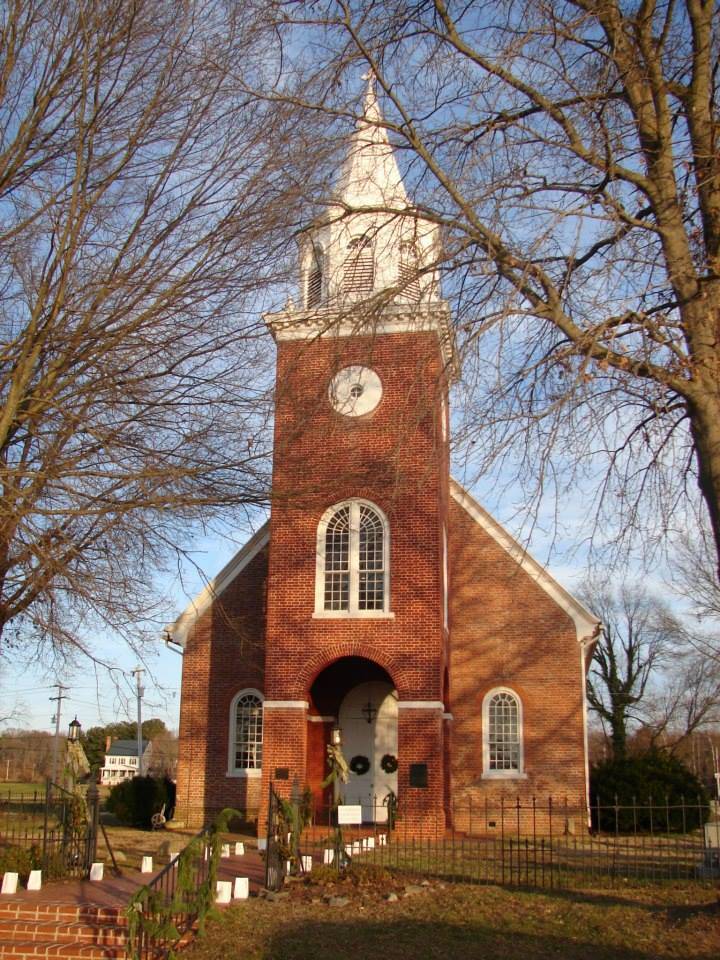 Christ Episcopal Church, Chaptico, is one of the oldest churches in continual use in America. The congregation dates from 1640, only six years after the landings of the Ark and the Dove at St. Clement's Island, establishing the Maryland colony. Thomas Gerard, Lord of St. Clement's Manor, gave the church 100 acres of land. Another colonist, William Marshall donated, three heifers, stipulating that from them "a stock of cattle shall be raised for the maintenance of a minister." In 1692 the congregation was officially established through the Act of Establishment, which directed the creation of Maryland's parishes, and set their boundaries.

In 1735, the Vestry at Bushwood applied to the General Assembly for funds to build a church nearer to the center of one of the parishes. That site was Chaptico. The land for the church was donated by Philip Key, High Sheriff of the colony, grandfather of Francis Scott Key. The parish church was completed in 1736 and became known as Chaptico Church. In 1840 it was consecrated as Christ Church.

The church displays the influence of the famous architect, Sir Christopher Wren. It is built of red bricks with Flemish bond. The interior has an arched ceiling supported by columns with beautifully carved capitals, a semi-circular chancel, and boxed pews. Although greatly damaged by British troops during the War of 1812, the church has survived and prospered, thanks to the continuous devotion of her members.

Today, a vigorous community of people have a lasting commitment to the architectural and historic stewardship of Christ Church.