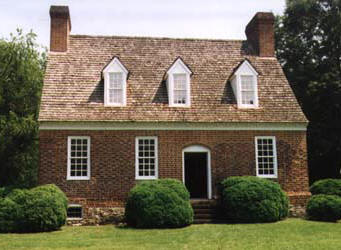 More Details:
Smallwood's Retreat was the colonial home of General William Smallwood. It is the reason why Smallwood State Park exists. Each year there are various programs conducted at the Smallwood House.

Originally his home was probably known as Mattawoman Plantation. William Smallwood built his home in 1760. It was his home until his death on February 14, 1792. A life-long bachelor, William was a gentleman farmer whose family made a considerable fortune on tobacco farming in Southern Maryland. At one time he owned 5,000 acres and 56 slaves and indentured servants. Tobacco was the main crop of the plantation.

General Smallwood was the highest ranking officer from the state of Maryland during the Revolutionary War - a two starred Major General. He mustered the first troops from the state and commanded them for a period during the war. General Smallwood served in the Continental Army for eight (8) years (1775 - 1783). In 1785 he was appointed Governor of Maryland and served three one-year terms.

General Smallwood died in debt and his home and property were sold at public auction in order to pay his bills. This was true for many of the patriots (including Thomas Jefferson); they had put their own money into the War effort. The home was later occupied by various tenants and renters, until it fell into ruin while it was being used for storage for the Carpenter farm.

The Smallwood Foundation, Inc. was formed in 1934 to save the Smallwood House. Most of this group were descendants of William Smallwood; they wanted to preserve his house for all the citizens of Maryland. Restoration was undertaken in 1954 and completed in 1958. According to records and inventories of the house, which can be found at the Maryland Archives, most of the furniture is matched to the inventories and is original to the 1700's.

From March until October the House is open on Sundays from 1:00 PM - 5:00 PM for tours. Other times can be arranged by appointment. All tours are conducted by costumed docents, who are Smallwood State Park volunteers. There is no charge for the tours; there is a service fee to enter the park during the summer months.