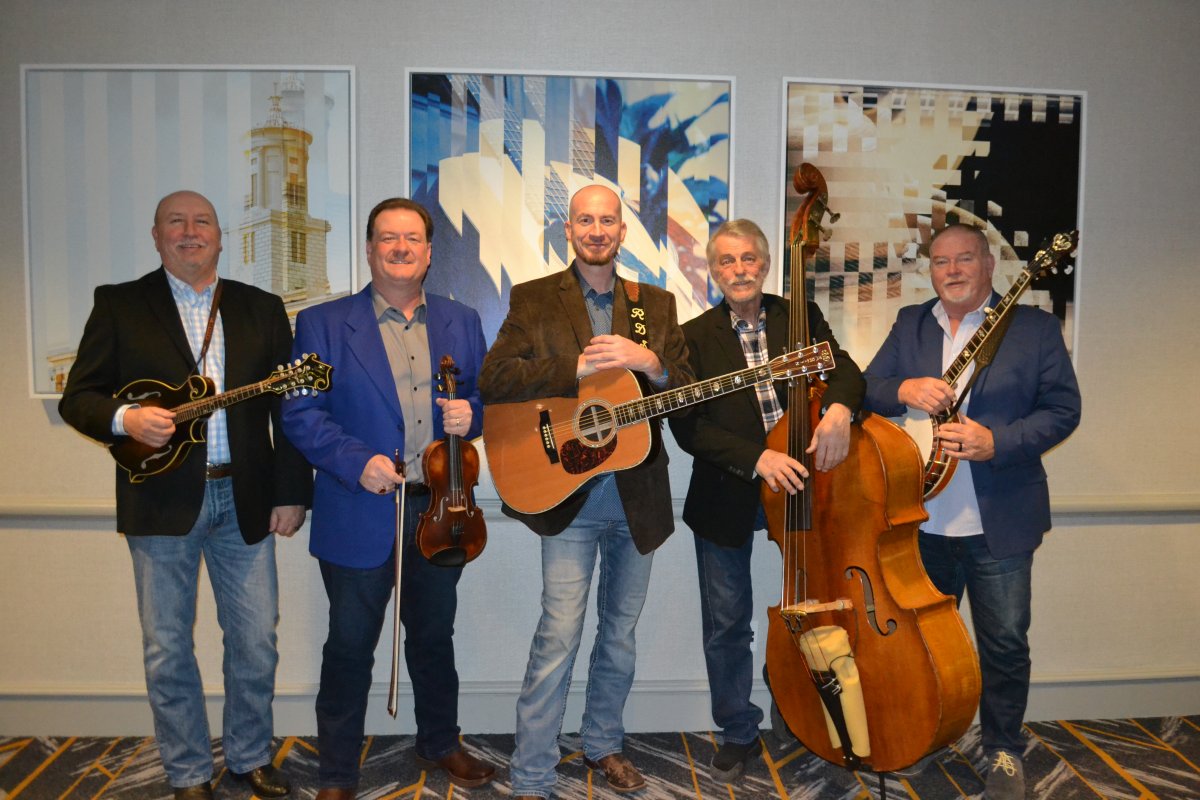 A Bluegrass concert series that was established by Jay Armsworthy had a 15-year stint at the American Legion in Hughesville, Maryland. Due to covid, two shows were canceled. Once all clear of restrictions were lifted, the decision was made to close their doors to the public except for private events. Jay Armsworthy found new doors that opened and welcomed a new home for Bluegrass music, the Calvert Elks #2620 in Prince Frederick, MD. A larger venue with comfortable cushioned seating has made a wonderful comeback for Bluegrass in Southern Maryland.

Fast Track is a band that formed following the retirement announcement of long time Cardinal Tradition band leader, David Parmley. Three of the four members decided to form the band and sought out to fill the remaining spots, mandolin, and guitar, seeking instrumentalists who were also strong vocalists.

The five members of Fast Track are not only all highly decorated in awards from the IBMA and SPBGMA organizations but are also veteran players on the Grand Ole Opry stage, across the United States, Canada, and throughout Europe.

Opening the show will be show host, Jay Armsworthy, along with special guests.

Doors open at Noon and the show starts at 2:00 pm. Tickets for the show will be $20.00 per person available at the door. Children under twelve are free with a paid adult. Food and beverages will be available for sale at Noon for a separate price. The Calvert Elks #2620 is located at 1015 Dares Beach Road in Prince Frederick, MD. For more information about the show or tickets, call 301-737-3004 or go to bluegrasscomeback.webador.com/


Printed from the So. Md. Online Community Calendar